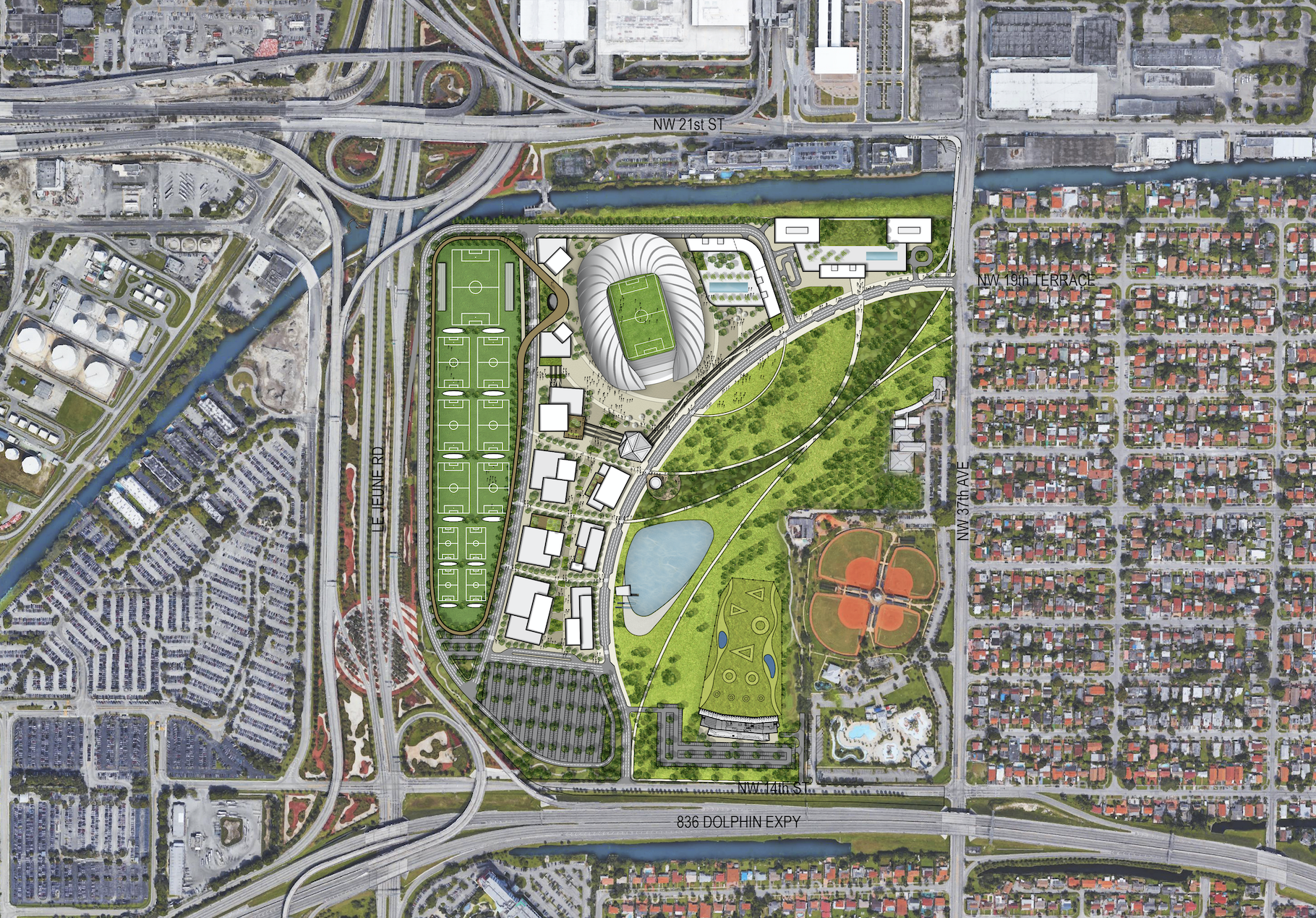 MIAMI (June 4, 2019) – Miami Freedom Park, LLC submitted a draft lease agreement today to the City of Miami for its planned destination, incorporating one of the City’s largest public parks, a world-class stadium for Major League Soccer’s newest team Inter Miami CF and a tech hub, among other components.

Miami Freedom Park has also launched a new website in conjunction with the submission of the agreement, where all residents of Miami can view the full draft lease agreement, community benefits agreement and other documents by visiting miamifreedompark.com.

This is a significant milestone that advances the mandate of City of Miami voters, who approved a November 2018 referendum item by a 60% margin allowing the City to lease its land for the project.

“We look forward to working with the City of Miami to finalize the voter-approved, fair-market-value lease agreement that provides residents with an expansive public park, 11,000 construction jobs, 2,300 permanent jobs and more than $40 million in tax revenue, while using zero City taxpayer dollars,” said Jorge Mas, managing owner of Inter Miami CF. “We invite residents to visit our website to learn more and share their input.”

The terms of the draft lease agreement mirror commitments made by Miami Freedom Park to the community and include:

In conjunction with the lease agreement, Miami Freedom Park has also delivered to the City of Miami a Community Benefits Agreement, honoring its vow to gift $5 million for the City’s Riverwalk/Baywalk project, $20 million for park maintenance and free access to the soccer fields at Miami Freedom Park for City of Miami youth. The owners of Inter Miami CF and Miami Freedom Park have also honored their commitment to finalize an agreement with the First Tee program, ensuring the organization will continue to serve children at a new location and be able to grow its impact.

Miami Freedom Park and Inter Miami CF will bring many opportunities for children in the community to enjoy the sport of soccer at both the recreational and professional levels. Inter Miami CF has collaborated with the U.S. Soccer Foundation to bring free soccer programming to Miami, including soccer clinics, mini-pitch facilities and more opportunities to engage with the Club.

Aside from the community opportunities, Inter Miami CF has built its inaugural youth Academy set to begin play under the U.S. Soccer Development Academy in September for the 2019-20 season. The Club has committed to building an Academy formed solely of South Florida youth players, who have the potential to make it on the professional stage.

To read the lease agreement submitted to the City and learn more about plans for Miami Freedom Park, please visit https://miamifreedompark.com

This will close in 0 seconds