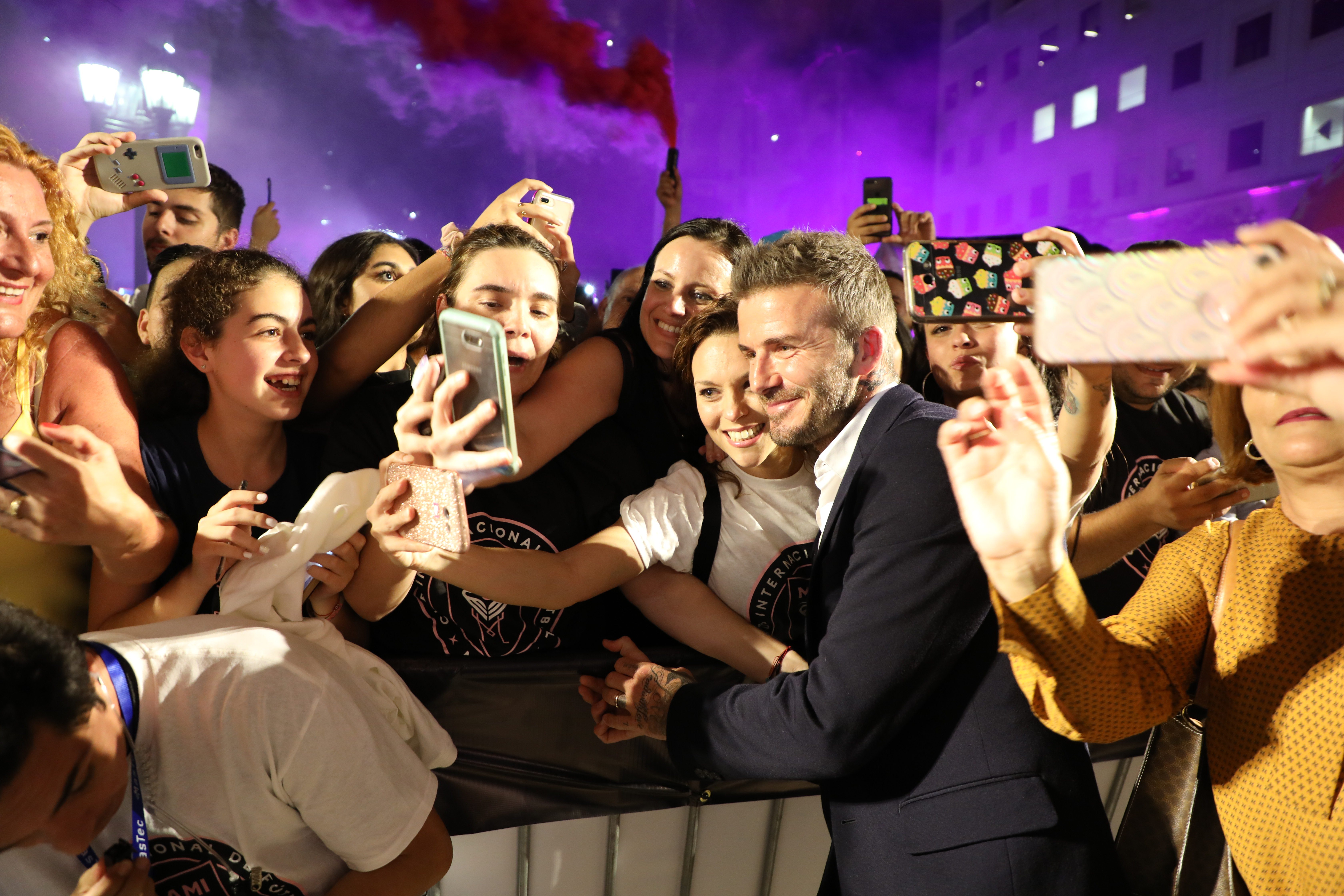 Pink and black smoke wafted to the stage as retired soccer star David Beckham stood before several hundred joyous fans, struggling for words when it became clear he had scored the biggest victory yet on his quest to field a Major League Soccer team in Miami.

Surrounded by the team colors for Inter Miami, the soon-to-be-formed MLS team for Miami, the man whose celebrity has fueled hype around the team got on the mic.